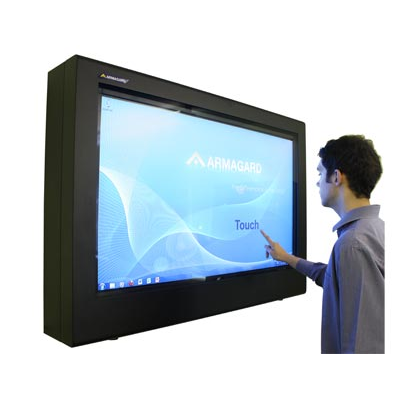 Audiences are more likely to remember and interact with a touch screen device. By providing a two-way communication channel, digital signage can provide for attractive advertisement and brand awareness channel. 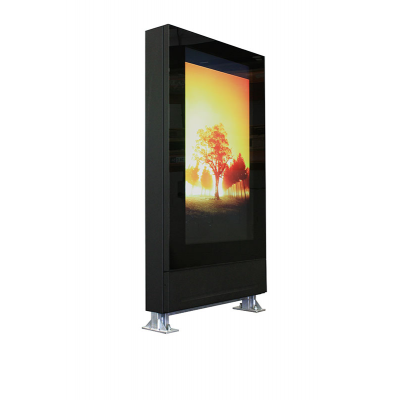 Even before touch screen devices became popular, the technology was used in industrial factories, as environmental hazards made it difficult to use a standard computer. However, the use of touch screen technology is now universal. This means that minimal training or instruction is required, as most people already know how to interact with these devices.

Whether digital signage is interactive or not, all outdoor digital screens require protection from the weather and physical damage. The most vulnerable part of outdoor signage is the screen, which is generally protected by glass. However, because the touch screen technology works when customers touch the screen, using a glass screen protector will not be suitable.

Traditionally, touch screens were a single, specialised unit. However, when a capacitive layer is fitted over the glass screen, the digital signage enclosure can not only protect the LCD screen, but can also be used as a touch screen device.

This approach ensures that: 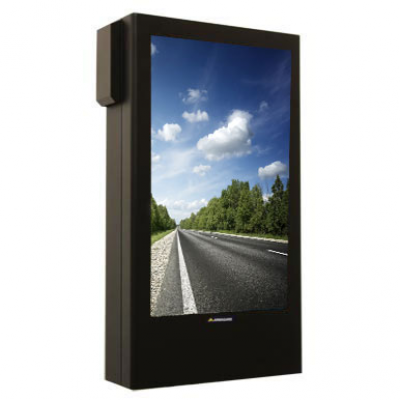 Armagard’s touch screen enclosures are manufactured to a European IP54 standard. This means that the enclosures can withstand all the hardships of an outdoor location.

The IP54 rating on Armagard’s enclosure ensures that the touch screen digital signage enclosure can be used in any environment or location.

For instance, the touch screen enclosure can be: 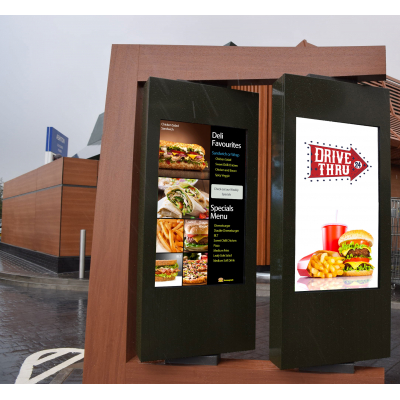 Touch screen enclosures are available in different sizes, styles and orientations. They can be used for various purposes, including:

Armagard’s touch screen enclosure can last for more than ten years and is available with a five-year warranty. The enclosure is capable of protecting future generations of screens while providing the same level of protection and touch screen capabilities, at no additional cost. The screens can be easily replaced without disturbing the enclosure, which reduces the potential downtime. In fact, the combined cost of the enclosure and the screen is often less than customised, outdoor touch screen digital signage.

The enclosure’s longevity combined with its ability to protect future generations of screens ensures a high return on investment for your company.

Armagard has over 20 years of industry experience. All enclosures go through a rigorous testing procedure to guarantee they can operate smoothly in a variety of settings.

Aesthetically pleasing, the enclosures are modern, stylish and functional. Touch screen enclosures enable an interactive and dynamic form of communication, which increases your company’s brand awareness.

Conatct us now to order your touch screen enclosure!