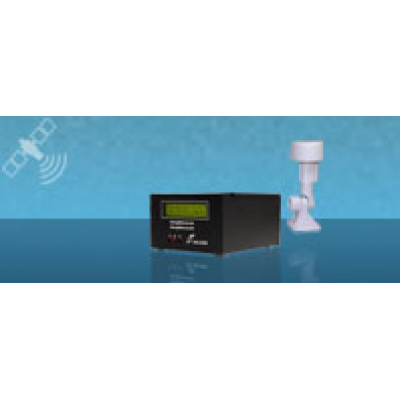 Where to Find an Atomic Clock Time Reference for PC

Keeping a computer network healthy and secure is a full time job. Ensuring the firewall is secure, the anti-virus software is up-to-date and the network has no vulnerabilities is essential in the modern world of computer hacking.

It only takes a brief lapse in network security for malicious users to take advantage, which is why it is imperative that a secure atomic clock time reference for PC is used for synchronisation.

Time synchronisation is not just important for security, either. Accurate and precise time is important for preventing errors and enabling communication with other networks, essential in today’s modern global economy.

Network Time Protocol (NTP) conducts time synchronisation on computer networks. NTP takes a single time source and distributes it around a network, ensuring every device, whether they are PCs, routers or switches, are kept accurate to the master time source.

To ensure a network or PC is running the same time as other devices it may communicate with, it’s important that time synchronisation is conducted using a source of UTC (Coordinated Universal Timer).

UTC is an atomic clock time reference used to ensure all PCs and computer networks, no matter where they are in the world, are all running the same time. NTP time servers are used to receive a times source and distribute it around a network but there are various choices for locating a source of UTC for [time reference for PC] synchronisation.

Online time servers are not always accurate. In studies of time servers available on the internet, many have been found to be wholly inaccurate, with the time often generated not directly from atomic clocks but servers the communicate with other servers with an atomic clock link.

Some time servers have been known to inaccurate by up to several minutes. Furthermore, using an online time server requires allowing the time signal to pass through the firewall, which is also not without risks. Leaving a port open for the time signal can also provide opportunities for malicious users and software to gain access to network.

A far more secure method of finding a source of UTC as a time reference for PC or network is to use a GPS time server that receives GPS signals. The GPS signal contains an accurate source of time generated by atomic clocks on board the GPS satellites.

This signal is not only highly accurate, coming direct from an atomic clock source, but also as it is external to a network is highly secure and can’t be tampered with or used as a means of an unauthorised user gaining access to a network.

Radio signals are also another accurate and secure from of time reference for PC or networks. These signals are received by radio references time servers, which also work externally to a network and as the signals are broadcast by national physics laboratories, they are accurate and trustworthy.